“Are we beyond bingo now?”

A personal account of the 2016 Art of Good Health and Wellbeing conference in Sydney by Evan Dawson, Executive Director of Live Music Now 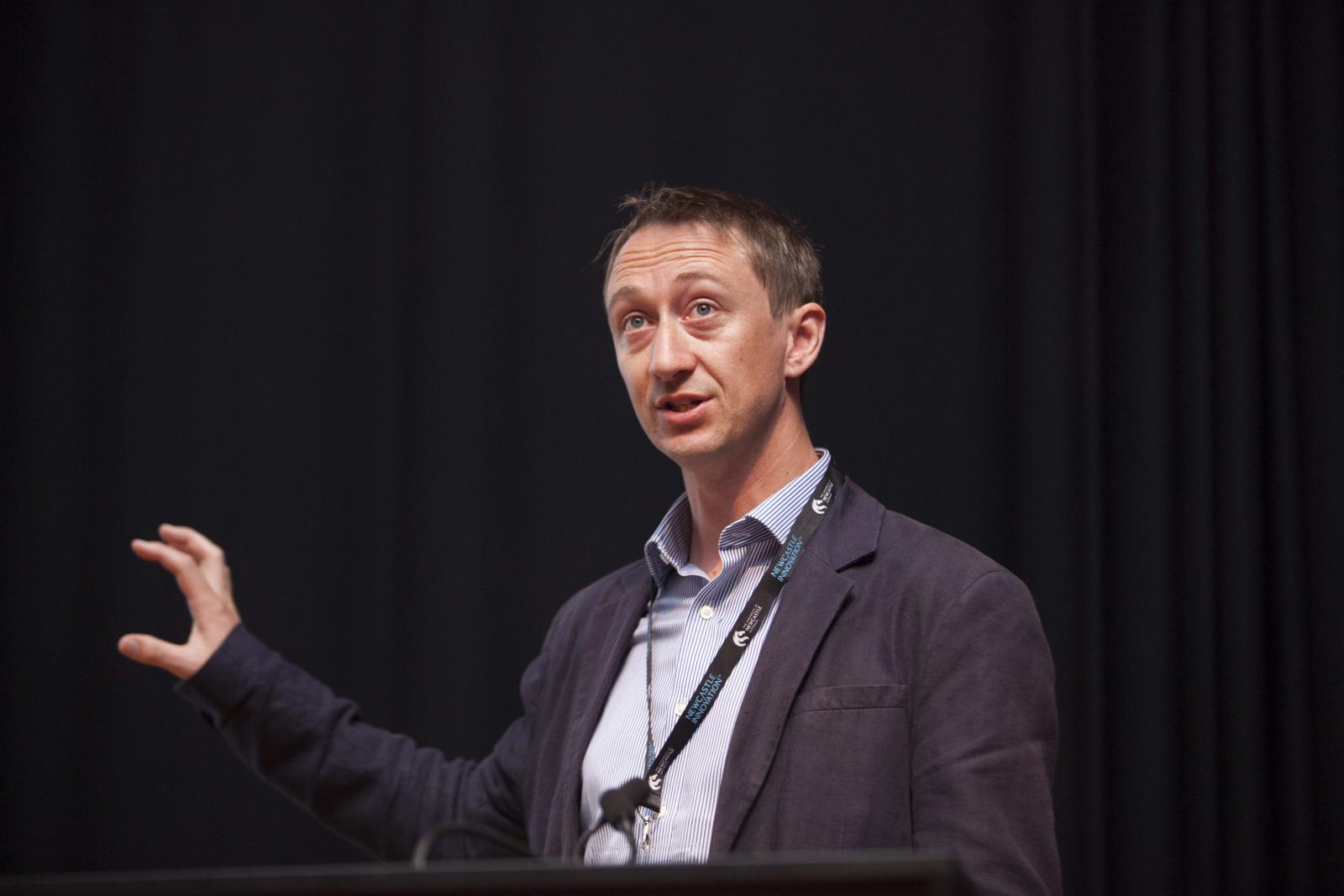 On Friday 18 November 2016, I travelled to Australia, to present the work of Live Music Now to the annual Art of Good Health and Wellbeing Conference in Sydney. I had been invited by its visionary Director Margret Meagher, and enabled to go by the Baring Foundation, who have been sponsoring two UK representatives each year at the conference. This blog is a description of what I learned about the global arts and health movement, and my various experiences that week.

The journey to Sydney took over 24 hours – so I was exhausted by the time I arrived, and barely noticed the lorikeets and ibis basking outside the hotel. Margret and her team had prepared a sympathetic welcome for me, so I could recover from the trip, and join them and the other international speakers for Sunday dinner. Amongst them was Susan Perlstein, who founded ‘Elders Share the Arts’ in the US, and over 40 years took it from a modest operation in one state to a full country-wide programme. Much like Yehudi Menuhin, Susan is a pioneer of the arts and health movement, and an inspirational lady. Despite all the great things that followed, meeting Susan was the highlight of the trip for me, and I hope very much that we can find ways to collaborate in the future.

On Monday (14 Nov), Margret had arranged for the senior staff of a large care home chain called ‘Uniting’ to gather together, to meet the international speakers, and hear different ways that the arts might be introduced, and why. It was a fascinating opportunity to meet around 30 senior managers all at once, keen to create a new arts strategy for their organisation. I spoke of LMN’s work, in particular our recent creative projects (including ‘Songs from Above and Below’), the techniques we use to measure the impact of our work, and our ambitious ‘A Choir in Every Care Home’ project. By good fortune, I chanced upon a phrase to headline their new strategy: “There’s nothing more ‘Uniting’ than the Arts”.

The next day, Margret had arranged another gathering. This time it included a team from the New South Wales government, those responsible for its strategy for ageing. We were joined by two more UK representatives: Kate Duncan (from City Arts in Nottingham) and Paul Cann (Age UK). Both spoke passionately about their own work, in particular the ‘Armchair Gallery’ and the ‘Campaign to End Loneliness’ respectively. In my own  discussions, I made particular reference to the need for government strategy to provide long-term support for arts organisations and artists, including training opportunities, rather than just providing short-term funding.

Wednesday 16 Nov was Day 1 of the conference, taking place at Sydney’s beautiful Art Gallery of New South Wales. There were hundreds of delegates there, including artists, managers and people from the care, education and health sectors. It was opened by Margret, followed immediately by a disarming presentation by Clive Parkinson (Manchester Met) given in memorial of Mike White. Mike died unexpectedly last year, having significantly changed the landscape for arts, health and social justice. The presentation took the form of a narrated film, challenging all sorts of preconceptions about the arts. Most significantly for me, Clive dissected the popular footage of ‘Henry’, an older man with dementia seen on You Tube ‘coming alive’ when listening to an ipod. This footage has often troubled me, seemingly providing an excuse for care staff to use technology to ‘plug in’ older people rather than actively engage with them. This view was supported by the subsequent speakers, who included John Feneley of the New South Wales Mental Health Commission, and Fay Jackson, also from the Commission. Her address was the most emotional of the whole conference, giving testimony of the effect that antipsychotic medication has had on her life, taking away her own ability to paint. When she sat down, the whole audience rose to its feet in tearful applause. Amongst the other speakers that morning were New South Wales’s Minister for Health Jilian Skinner MP and Molly Carlile AM, who spoke with vitality about the ‘art of dying’, a subject often avoided, even in palliative care. Following the plenary sessions in the morning, the rest of the day was spent on more practical and small-scale workshops, taking place around the Gallery.

Day 2 of the conference began with a short film about homelessness and the arts, and then it was time for my own address. I started with a playful overview about the philosophy and importance of the arts in society, exploring the role that arts play in human empathy and all forms of social support. I presented footage of Yehudi Menuhin, whose work with survivors of the Second World War is the basis for LMN’s own work. And then I described in more detail some of LMN’s projects, including ‘A Choir in Every Care Home’. The approach we take to incorporating academic and clinical evidence into our training and delivery is vital to building the wider case for arts in health and social care, and I hope very much that Australian organisations take this on board. My presentation was followed by other international speakers, including the effervescent Stuart Kandell from Stagebridge Theatre USA, and hugely thoughtful Wenche Torrissen from Volda University in Norway. Following these plenary presentations, the rest of the day was again spent throughout the Gallery with a wide range of workshops and opportunities for delegates to connect with each other.

Day 3 of the conference came round very quickly. Margret opened proceedings again, followed by an address from Hon Leslie Williams MP, giving a governmental perspective, including a fascinating discussion of aboriginal rights. This was followed by Susan Perlstein, who described her own remarkable work, but also sought to draw together some of the themes from the whole conference, skilfully drawing input from the large audience. We then had two more UK presenters. Paul Cann of Age UK has contributed a huge amount to the development of creative ageing policies in the UK, in particular his work with the Campaign to End Loneliness. His presentation was packed with information, including a discussion of basic human needs, suggesting that government policy focusses too much on survival needs and not enough on quality of life. He was followed by Kate Duncan, whose films about the work of City Arts in Nottingham were amongst the most uplifting of the conference. They reminded me that all this work should be about celebrating long life and empowering people, rather than finding new ‘solutions’ to the ‘burden’ of older people. The session was closed by Tasmanian artist Chris Mead, whose work had featured regularly throughout the conference, and who delivered a jubilant poem that somehow drew together threads from the whole conference. Following several other workshops, the day concluded with the presentation of the Australian Centre for Arts and Health Awards for Excellence. Amongst these, I was delighted that the award for International Leadership in Arts and Health was given to Susan Perlstein.

For me, spending a week in Australia was a great privilege, and an opportunity to step back from our day to day work and see LMN in the wider context of the global arts and health movement. It was exciting to realise that our own practice is widely respected, and having an influence on organisations across the world.

I met many fascinating people from Australia, the UK and elsewhere; and having reflected on this for a week or so, I’ve started to change some of my ideas about the work that we are doing. Initially, I felt that participatory arts are important, so we must convince policy makers of this, and ensure public funding supports artists working in such specialist settings. I then started to feel that it is older people and the care sector itself that we should be addressing. If there is greater demand, then funding and good practice will surely follow. Finally, I came around to thinking that the specialism of ‘arts and health’ is a rather self-defeating idea. It may be necessary in the short to medium term, but eventually we shouldn’t think of this as a separate area of practice from mainstream arts. Access to the arts should be everyone’s expectation throughout their lives, as much as food and good sanitation. This should be part of the fabric of every single arts organisation, and the way that all artists are trained and supported. We are all living longer lives, and should ensure that everyone in society (regardless of their age or other circumstances) should be able to enjoy the benefits of creative participation and development.  What do you want to be doing when you’re 75? I doubt very much whether bingo features on the list. 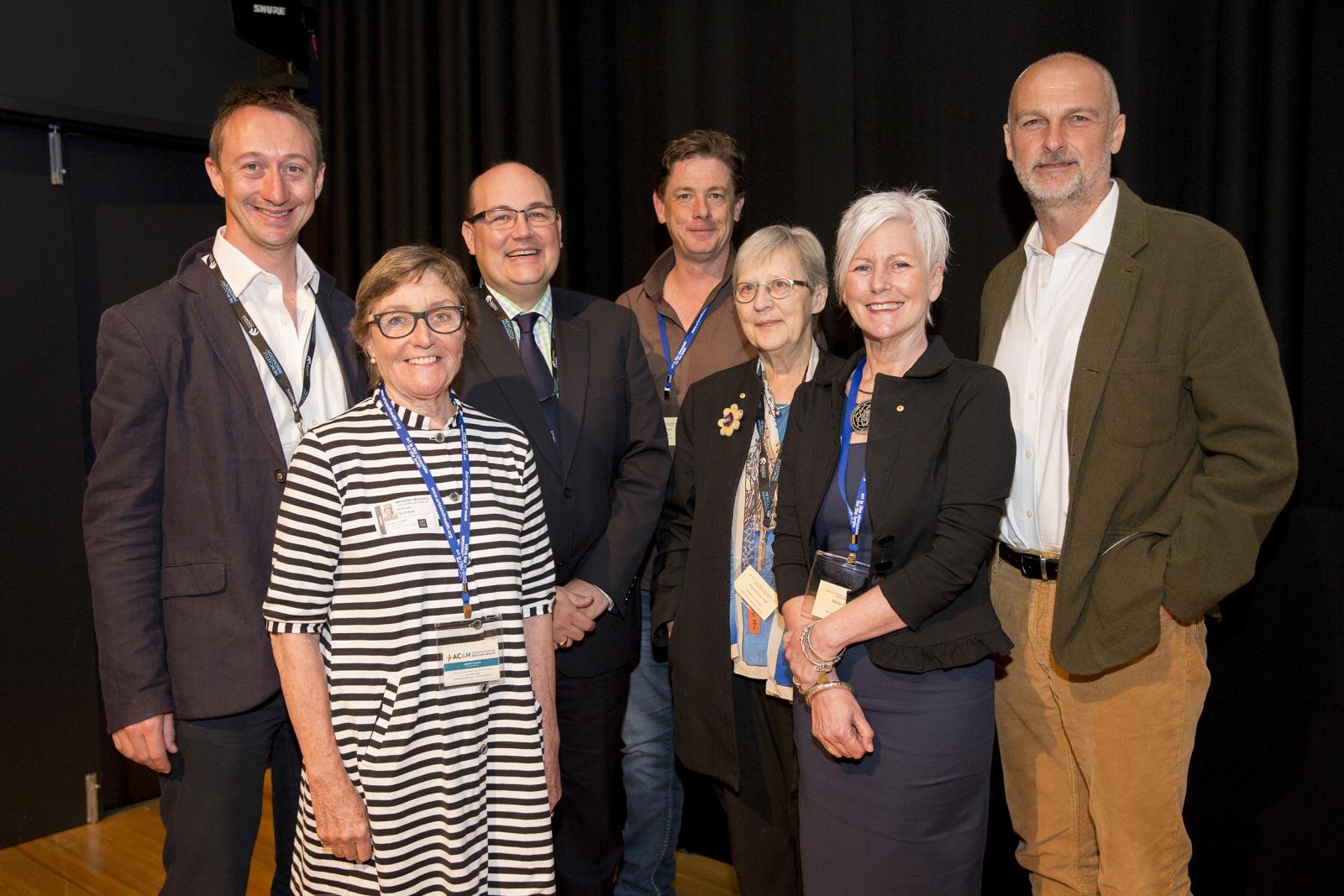