LMN South East musicians tell us why they joined our scheme

Earlier this year we welcomed some talented and exciting musicians to Live Music Now’s South East branch. To coincide with LMN South East’s auditions in London on the 2,3,4,16 & 17 December we spoke to some musicians who have recently joined Live Music Now. In their own words they will tell you about themselves and what brought them to join LMN.

(If your reading this because your interested in joining LMN as a musician, request an application form and return to us by 21 October).

I started singing and playing piano when I was very young, but I got into folk music after my parents took me to my first folk festival aged 12. I loved listening to their CD collection, with artists like Joan Baez, Joni Mitchell, Pentangle, James Taylor and lots more. I started off by busking in Camden, where I grew up, and in my journey since then I’ve played at lots of concerts and festivals including Cambridge Folk Festival, Glasgow Celtic Connections and the Fête de la Musique in Geneva. I’ve also released several EPs with independent label Folkstock Records, and been lucky enough to receive awards and funding from the PRS Foundation, the Alan Surtees Trust and the Drake YolanDa Award.

Alongside gigging and busking, I studied Music at Cambridge University, and while I was there got very involved in a student organisation called Sing Inside which takes singing workshops into local prisons – this was my first proper experience of music outreach, and made me keen to continue that sort of work after graduating.

I saw a post on Facebook by a current Live Music Now musician, and I immediately knew this was the kind of work I’d really love to do. I think that music is so much about communicating and sharing, and I feel that my work with LMN makes my musical life so much more meaningful. The training and support that LMN provides is very important, because it means that both the musicians and audiences get the best experience possible. I can honestly say that I’ve already grown and developed so much as a musician through LMN, and seen firsthand the transformative powers of music for our audiences. 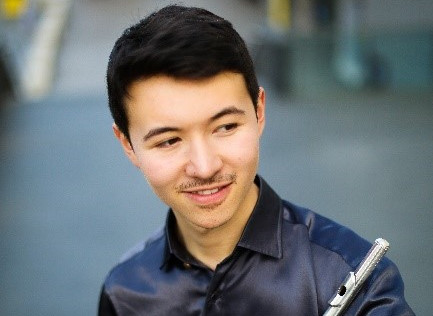 I started playing the flute in primary school after hearing the flute teacher play pink panther, I’ll never forget that tune! In terms of musical influences I like listening to all sorts, mixing up my playlists with things from Whitney Houston to John Adams. Exciting recent things I’ve taken part in are a tour of Messiaen’s ‘Éclairs sur l’Au-Delà’ with the London Symphony Orchestra and Simon Rattle, and of course devising workshops and performing to Live Music Now’s many diverse audiences!

I’d heard about Live Music Now from many people at music college who described it as pretty much the most brilliant outreach scheme you could go for, and I haven’t been at all disappointed! It should make anyone proud to work for such a dedicated and world-enhancing organisation, that supports both musicians at the start of their careers and people who don’t normally get to hear them live, and all the LMN musicians I’ve met feel very lucky to be on the Scheme. 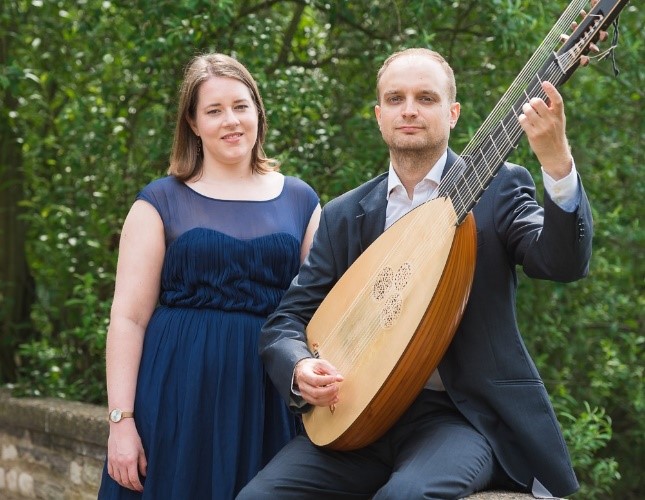 The lute is relatively obscure nowadays. I’m always asked why I play it, but in its heyday it really was the most important instrument. I’d always been very musical, but never found an instrument that truly ‘resonated’ (!) with me. I studied languages and history at university and travelled the world, but I deeply regretted not being being a musician. Then one day I was at a concert where a singer friend was performing lute songs, and I was consumed by the mysterious sophistication of it all: the subtly of sound, the look of the instruments, and the poetry of the music. How could all this beauty have been lost in time? Some kind lutenists lent me their spare lutes, some excellent teachers and mentors took me under their wings, and the rest is history. Lutes get anywhere and everywhere: I’ve played solo recitals, in opera pits and on theatre stages, in cathedrals and chapels, palaces and cottages, with singers, chamber ensembles and large orchestras, on TV and radio.

Whenever I’m lucky to come across performers and colleagues who are particularly compelling, genuine and generous, there is often a high chance they have been on the Live Music Now programme! We get to play for some of the most appreciative and uninhibited audiences imaginable, many of whom can’t get out to a concert and experience the vitality of real music in ways we often take for granted. And often these are the very people who could benefit most from what music brings – perhaps unlocking a forgotten memory, restoring a lost joy of singing and dancing, or just feeling something new and indescribable from being right in the middle of real music-making. Either way all our lives are enriched, and I’ve come to better understand the power and essence of what I do, and relate and respond to however the audience reacts. I’m sure that is going to keep sustaining and empowering my musical life in a way I didn’t know was possible.