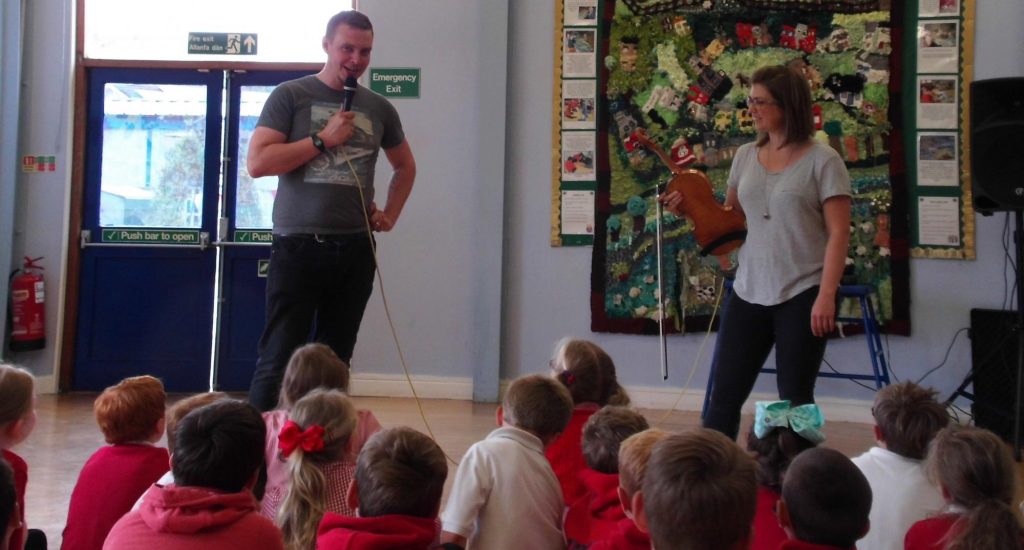 Welsh beatboxer, DJ and rapper Dean Yhnell (Beat Technique), has been part of the Live Music Now scheme in Wales since 2017, working as a soloist and as part of the duo String Beats with folk fiddle player Angharad Jenkins.

Pre-pandemic, Dean held performances and workshops for LMN Wales in schools for children with additional needs and challenging circumstances, where one headmaster commented, “That’s what I want to do when I grow up!”. The art of beatboxing also helped break through to many young people – one boy with a terminally ill parent was able to smile and laugh for the first time in months whilst engaging with Dean as he beatboxed his name to him.

Older people in care homes and sheltered accommodation settings have also enjoyed the unique pairing of String Beats and the vocal stylings of Beat Technique. For example, in 2018 String Beats delivered a memorable song writing project in the South Wales valleys, which involved Dean teaching beat boxing to the wonderfully named Mrs Chicken whom he renamed MC Chicken!

Despite the lockdowns, Dean has been busier than ever with LMN. He has embraced the virtual world of Zoom to deliver group sessions for youth with learning disabilities as part of our ongoing partnership with Leonard Cheshire, 1-1 sessions for families with additional needs and mental health challenges over the first lockdown and sessions for schools within South West England. Dean thrives in these contexts as a musician, not just because of his unique skill set and engaging personality, but because he has first-hand experience of how an impairment can be a fundamental part of creative self expression.

Below he explains more in his own words: 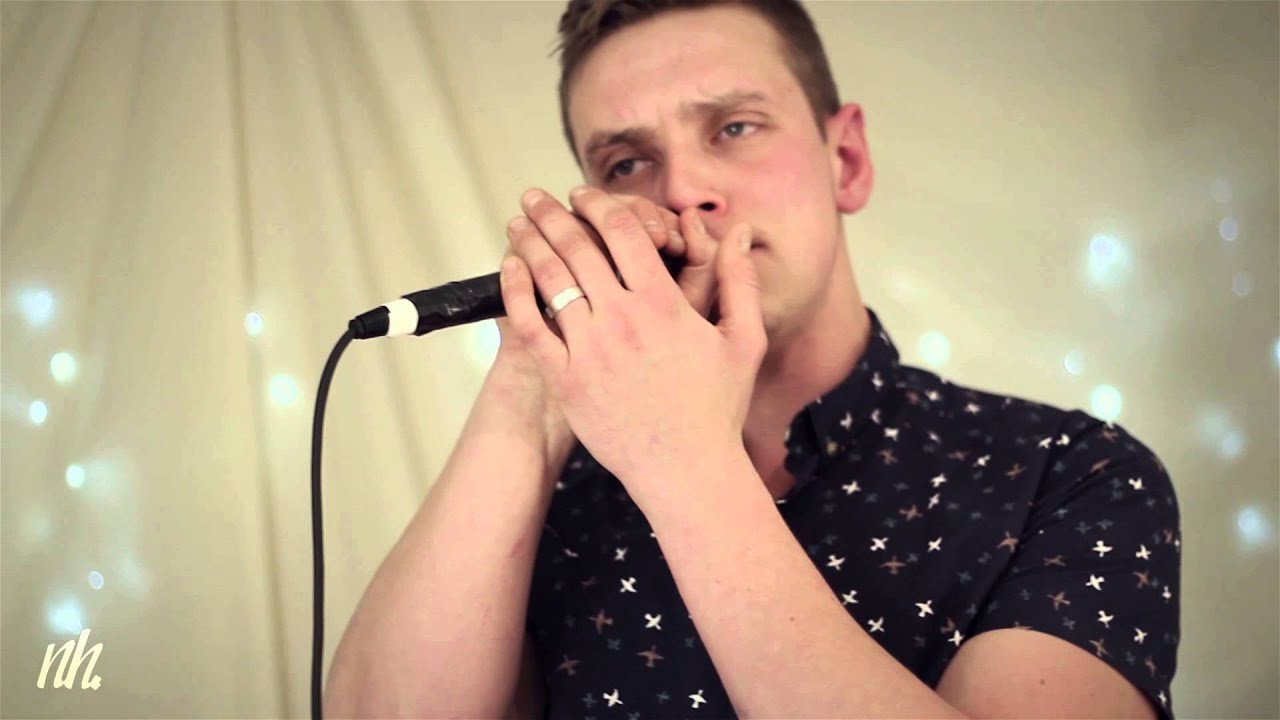 My name is Dean Yhnell and I make weird noises. In fact, I make noises for a living. I have Tourette’s Syndrome and I’d like to tell you all how Beatboxing has positively made me who I am today.

The hip-hop movement of “Human Beatboxing” was created in New York in the 1980s. Sounds created from an individual’s mouth were used in a sequence to make music to accompany MCs. Vocal percussion has been around for centuries before this though.

At the age of 10, I started doing weird things, repetitive things. Most of the time I didn’t realise I was doing it or that it was a problem. It was an overwhelming compulsion and build-up of energy that I could not control.

It came to a head when I was doing a literacy test in primary school that lasted an hour and I had my head down concentrating. I was stressed but determined not to look up. I was coughing and clearing my throat, and I didn’t realise it was a problem until I looked up and everyone was staring at me – I had been doing it all the way through the test.

The cough lasted a few weeks and then it turned into repeatedly blinking, followed by flicking my fringe. By now, my family had noticed and my mum took me to the doctor. The doctor explained that these were tics and that they would eventually go – maybe I was stressed with my primary school SATS. I was prescribed a form of diazepam which I took for a week, but then my mum stopped me taking them.

Throughout the end of primary and into secondary school, my tics would come and go. There was no knowing when they’d reappear, they would just would turn up. Even though I was highly academic in primary school, I turned into a bit of a joker in secondary school. Looking back now, I was just hugely overwhelmed with everything. With this newly formed joker character I found confidence in entertaining my peers. Making sounds was my thing but whistles were my specialty. I learnt how to replicate the P.E whistle and would regularly stop games of netball dead in their tracks, whilst I sniggered around the corner. During one French lesson I discovered that if I made a gulping sound really loud it could be heard throughout the classroom, but as my face didn’t move, I could easily wind up my French teacher!

The gulping sound developed into a new tic, but this is where it was different to all the others – I learnt that I could express myself creatively through this tic. It was 1998 and I had recently bought myself a set of 2nd hand DJ turntables. Dance music and trance in particular was my thing. DJing became obsessive for me, almost an escape from my home life.

When I was in school, all I would think about was getting back to DJing again. One day I started putting the gulping tic sound into a repetitive sequence that copied a 4/4 dance kick drum beat. I would practise this and add more sounds such as a hi-hat and a bass sound with my deep teenager voice. I started making pieces of music now with my mouth. My tics became routines and instead of being embarrassed and trying to hide it, I felt like I could release all of this energy through these routines.

However, this new found vocal therapy wasn’t always present throughout my teenage years and the tics would often reappear. There have been too many to mention but I’ve been very fortunate not to ever have any prominent or debilitating physical tics. Cut to the age of 17 – a lost soul but still loving music and DJing – I met my still good friend Matt who is a hip-hop DJ and he introduced me to the element of beatboxing. We would collaborate, write music, perform and, along with rapping, I would use beatboxing as a way to express myself. We formed a rock hip-hop band called Reconcile and started performing shows. Being creative with my music and releasing energy helped slow down my tics and I was able to disguise them really well.

In 2009, at the age of 25, I met my now wife, Jade. She knew I was a rapper and that I DJed but one day she heard me beatboxing. “Whoah! That’s really good,” she said! A few days later she’d signed me up to a local open mic night, and after a lot of pushing she got me onstage to perform. I was completely overwhelmed with fear but I did it and soon became addicted to attending open mic events.

Putting myself under pressure and out of my comfort zone made me want to learn and practise more. One of my videos was uploaded to YouTube by Matt and the next thing, I was auditioning for a professional beatboxer role in an Urban Sports Entertainment company. A week later I was at Butlin’s performing to two and a half thousand people.

That was it for me – I had found my calling. A year earlier I had started what I thought was my dream career as a firefighter, but the beatboxer calling was too strong and I had to take that chance. I handed in my notice and I was now a professional beatboxer. In the early days my career was very up and down. I was still learning about performance confidence but more importantly business. In 2014, as well as building my network and career in performance, I made the leap into music education. This was when music became fully sustainable for me.

I’ve been fortunate to perform and teach in some great places: Glastonbury; The Royal Albert Hall; and the 02 Arena to name just a few. I’ve also had my projects exhibited in the Tate gallery London and Internationally for the Arts Council.

All of this has come from compulsive urges and the repetitive spirit of not being able to give up.

Since getting in touch with Tourette’s Action from a Twitter post in March 2020, I’ve really started reflecting on my life with Tourette’s Syndrome. Firstly, I never realised tics were a part of TS. I, like many others, had the assumption that TS was people shouting and swearing randomly, but in fact it’s such a huge range of symptoms.

It’s been a bit of a revelation the more I learn:

• I actually shout out stuff without realising. I’ve become pretty good at controlling this in any situation. I always thought this was me thinking to myself that I was funny, but it’s an energy release, and can be a controlled energy release when I need to do it.

• With beatboxing I practise throughout the day. If you add up the time it’s at least 2 hours, sometimes more. Beatboxing has been my main source of energy release therapy.

My tics are very rare now. There are still triggers though: if I practise a sound too much it will turn into a tic; if I were to consume certain flavourings or colourings they instantly return; and I also get the urge to tic if I see someone else ticcing or talking about it, like an emotional learned trigger. I’m strong enough now though to resist this type of trigger.

I am always open to chatting with anyone about my TS journey, and my aim is to add value and support people in any way that I can.

Learn how to Beatbox with Dean! 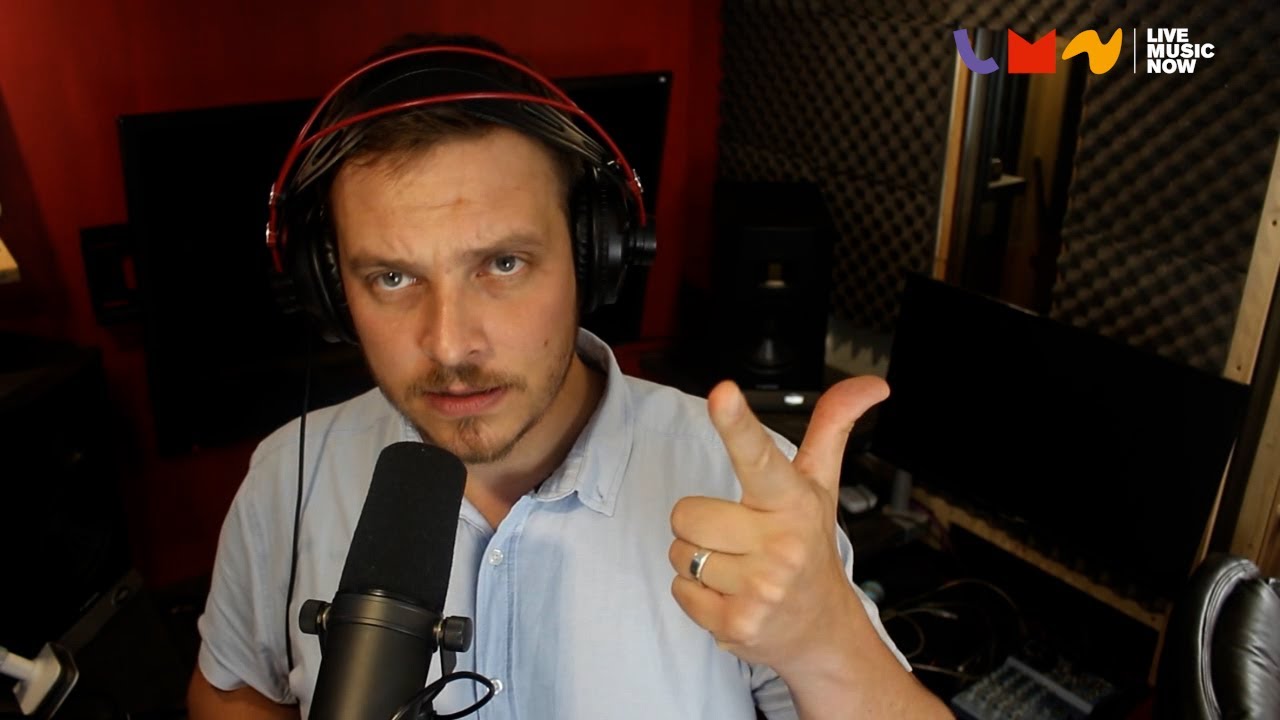 Click here for a Youtube playlist of Beatbox tutorials suitable for children with additional needs and learning disabilities.