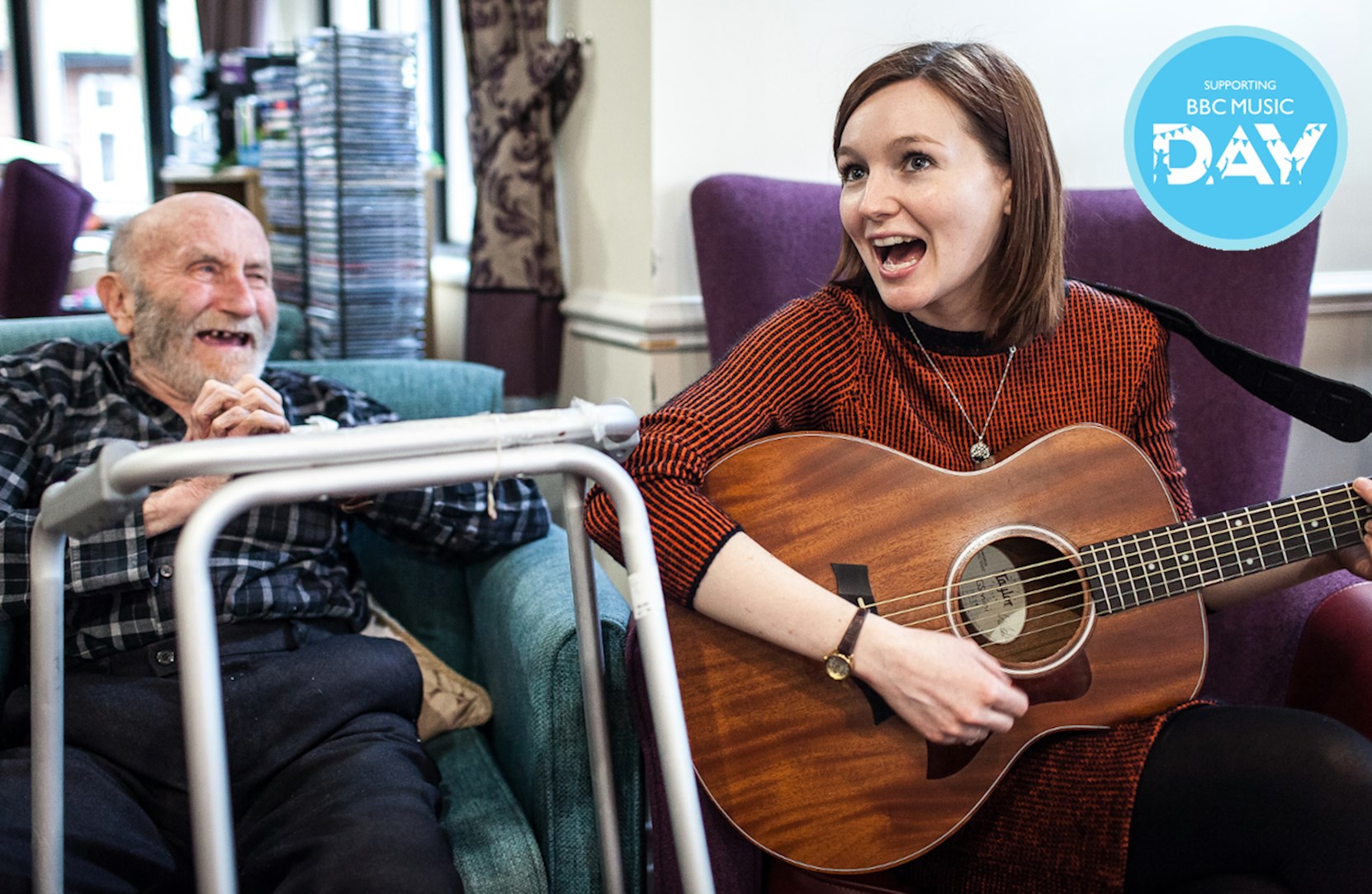 This week LMN is supporting BBC Music Day (Thurs 26th) as they focus on music and wellbeing: the power of music to inspire, bring us together and make a positive impact.

As part of this they’re launching an ambitious project, supported by music legend Nile Rodgers, to help bring music to everyone living with dementia by 2020, working with over 70 organisations in this field (including LMN).

Here’s how our branches are gettting involved!

LMN UK: Strategic Director for well being Douglas Noble is speaking at  launched in support of BBCMusicDay

LMN NI: ‘Belfast Voices’ is launched in support of BBCMusicDay

LMN Wales: LMN Wales launch their Live Music In Care Wales campaign. The event will be streamed on our Facebook live from 12pm.

LMN NW: Hosting a Songs and Scones session, bringing together older people who live on their own in the community or in care settings for a morning of music, tea and conversation.

LMN NI: Young jazz guitarist Joseph Leighton will be bringing some relaxed jazz to the staff and residents at Strabane Day Centre and Greenfield Care Home on Wednesday 25th September.

LMN Wales: LMN Musicians Top Brass Trio are performing at The Lyric Theatre, Carmarthenshire for a dementia friendly Concerts & Cakes for older people in the community

LMN SE: Hosting a concert at Moorfields Eye Hospital. September 25th, 11am. This event is open to the public.

LMN UK: #LiveMusicMoment We’re asking people to Tweet about their favourite memory of a live music experience – and any feelings, or emotions it evoked then or now. This could be anything involving live music: you and your mates seeing your favourite band; hearing your daughter play drums for the first time; or the first ever gig you played. To get involved, Tweet and mention @LiveMusicNowUK with the two key hashtags: #BBCMusicDay #LiveMusicMoment

LMN Wales: LMN Musicians Quartet 19 are performing at Widdershins, Torfaen as part of an ongoing residency funded by the Oakdale Fund.

LMN SE: Working with MiSST to put on a SEND School workshop at Samuel Rhodes School.