Elly Hopkins and Stuart Oliver of the Hopkins Oliver Duo are recording concerts for older people in care.

From April 2019 to March 2020, Live Music Now South West’s musicians delivered over 500 sessions reaching more than 15,000 people throughout the region. Our partnerships with major hospitals in the region accounted for almost a third of those sessions, with musicians playing on the wards of Bristol’s Southmead Hospital on a weekly basis, as well as making regular visits to the city’s Children’s Hospital and Bath’s Royal United Hospital. In March all of this work came to an abrupt end, and our thoughts during this time have been very much with the wonderful staff at these hospitals, as well as the carers, residents and clients of the many care homes and day centres we work with in the South West.

For our musicians, used to travelling the region and further afield to perform in a wide range of settings, the lockdown has had a huge impact on their lives.

LMN musicians across the South West have responded to suddenly empty diaries with great flexibility and creativity, resulting in some exciting new projects with Live Music Now at Home. 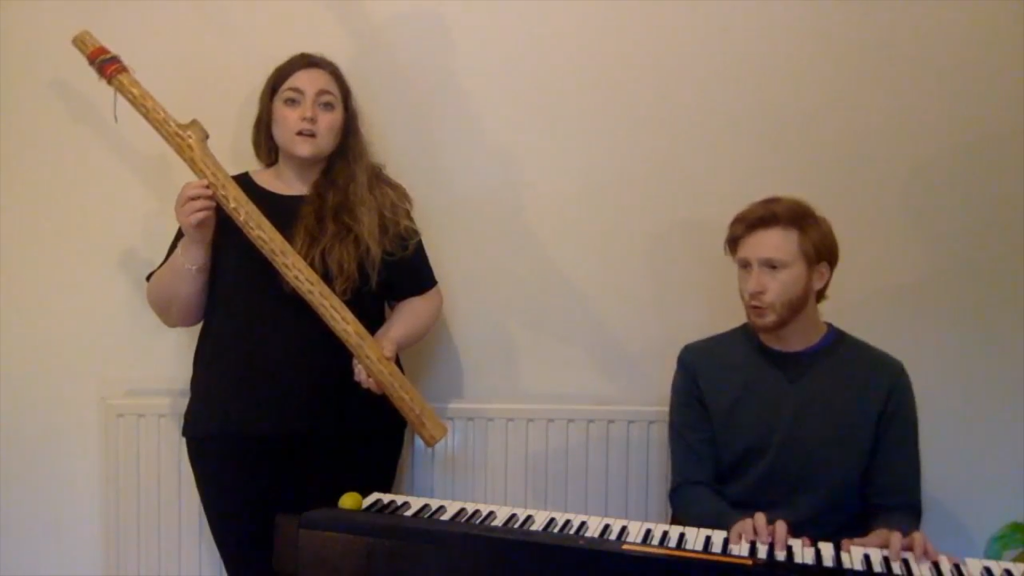 The Rise Trio, who were due to lead an Easter residential course with young musicians from South West Music School, repurposed their plans to create a series of short films exploring the process of planning and delivering music workshops in primary schools: an invaluable resource for young musicians embarking on freelance careers. 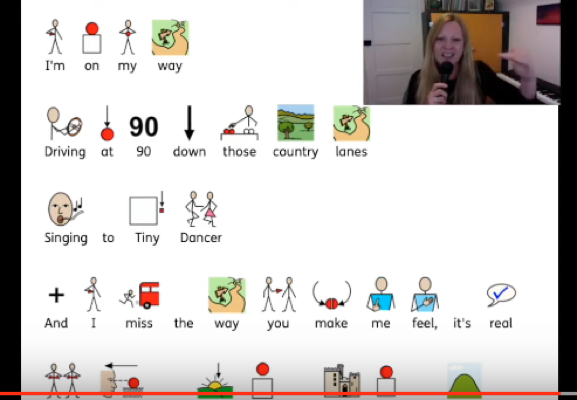 LMN SW musician, Sadie Fleming, has recorded a session for her partner school to encourage singing.

Meanwhile Sadie Fleming, who has been musician in residence at Fiveways School in Somerset since September, spent her Easter creating personalised films for the pupils she has been working with. She is also planning one-to-one sessions with families at home via Zoom, and to produce a music video, featuring performances by pupils during lockdown, in lieu of the end-of-term performance they had been planning at school.

In January we welcomed two new duos to the South West branch, but sadly the pandemic hit before they were able undertake their first tours of schools and care homes with us. Luckily, both duos happen to comprise musicians who share houses, and they were able to record Live Music Now At Home performances which have been sent to care homes around the country. The Hopkins Oliver Duo (video at top of article) showcase some early jazz classics in a performance guaranteed to bring a smile to the face and start toes tapping, whilst Alex Garden and Archie Churchill-Moss (directly above) take us on an atmospheric journey from their home in Bristol around folk music of the British Isles and Europe.

Whilst our regular work is paused, some new opportunities have also arisen. We are planning live online performances for Monkscroft Care Centre in Cheltenham (thanks to funding from the Rayne Foundation), and to bring musicians (virtually) into the homes of hospice patients in Somerset, as part of our Music as Medicine project funded by the Clarks Foundation, Tesco’s Bags of Help scheme and South Somerset District Council.

Louis Bingham is recording concerts for DVD distribution to those without internet access.

We have also not forgotten those who might like to hear music but would find it difficult to access performances online: we are collating some of the films produced by our musicians to create a DVD, funded by a grant from the Devon Community Foundation. These will be distributed by the Devon charities with whom we work on our Musical Memory Café programme, and feature Devon musician Louis Bingham (video above) who has led this programme for the past two years. Copies are also available to anyone interested – please email [email protected] or call 020 7759 1803 for details.