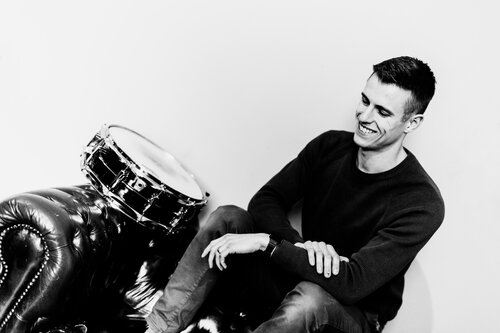 On March 4th 2020, I was sat on a plane on the way to Manilla, Philippines, to play for a wedding with my band Back Chat Brass. We were all looking forward to a few days away, having just completed two busy months of education work, where we had been working with children in Darlington primary schools.

We had a few days booked either side of the wedding to relax in the hotel and enjoy an all inclusive stay, whilst all desperately trying to convince our other halves ‘it really was work!’. It very much felt like one of those gigs that handed you all the perks of being a musician in one go. Obviously, we didn’t fully know what was round the corner… 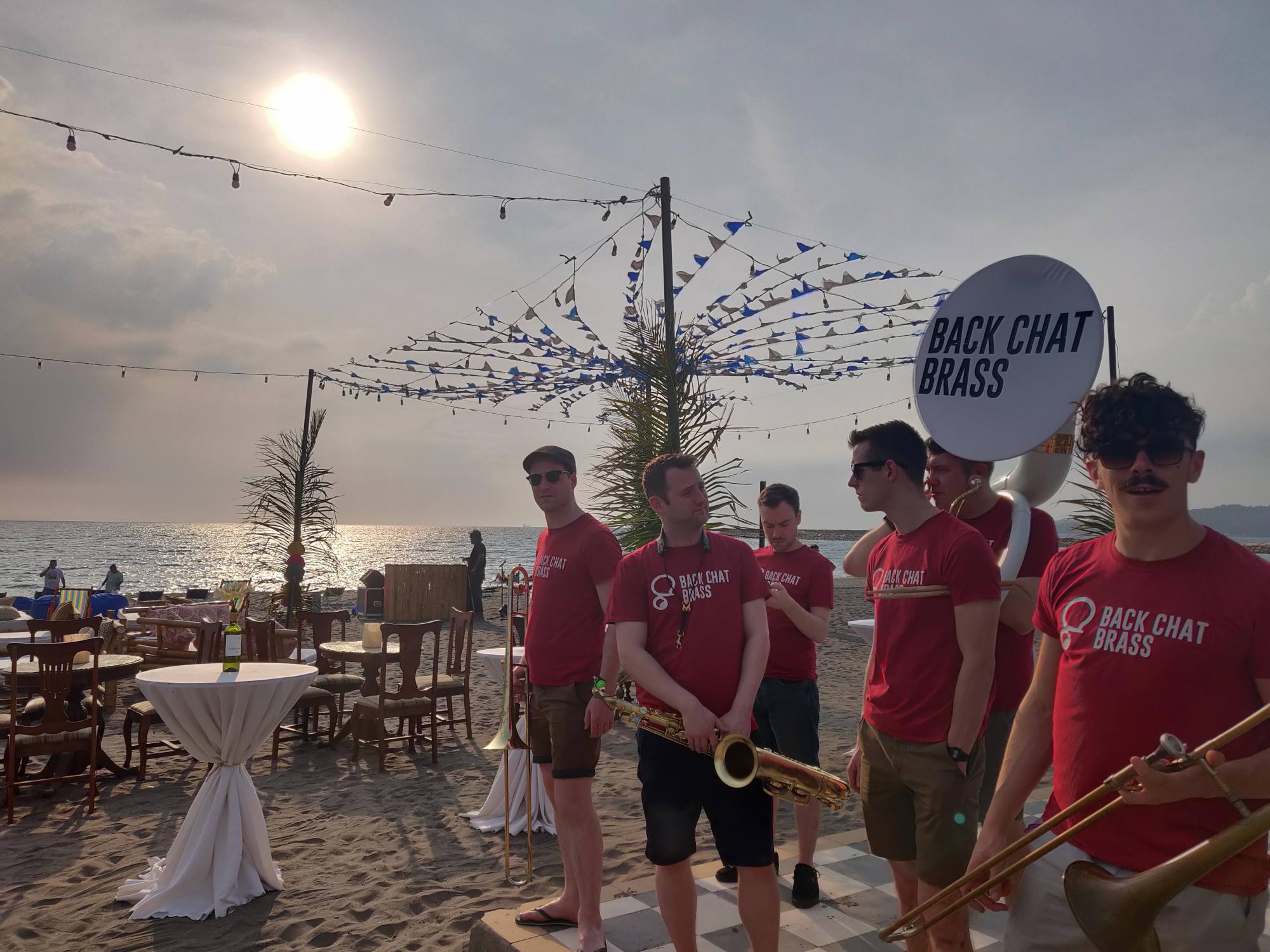 Back Chat Brass playing at a wedding in the Philippines, March 2020

During our time in the Philippines, Coronavirus was all over the news, and towards the end of the ‘relaxing stay in the hotel’, we were starting to get quite concerned about getting back home to the UK. There was talk that Manilla would be going into lockdown and flights in or out of the airport would be stopped. Some of the band members who had planned longer stays in South East Asia were frantically trying to obtain new visas and change flight plans.

By the time we made it back to the UK we were all relieved to have been allowed to return. Manilla locked down a few days after we left – we escaped just in time. We weren’t to know that was the closest thing to a normal live gig we would do for quite a while!

‘I will admit that at first, I did go into full panic mode!’

Just over a week after we arrived back, it seemed more and more likely that the UK was going to go into lockdown as well, and we had our first gig cancellation. The first one felt like an enormous blow! To make up for the lack of a work, we decided to put on a live streamed performance on the night of the cancelled gig. We got in touch with Matt and Phred’s Jazz Club in Manchester, and they agreed to host us for the night. The plan was to stream the gig online via our social media and to welcome donations to help cover the lost work. The gig was a massive success and we actually received enough donations to cover the fee of the gig that had cancelled, which totally blew us away. It was our first ever experience playing to nobody (minus a few staff on hand to film and help out) but we had lots of interaction online which made it a lot of fun. You can still watch the gig here. 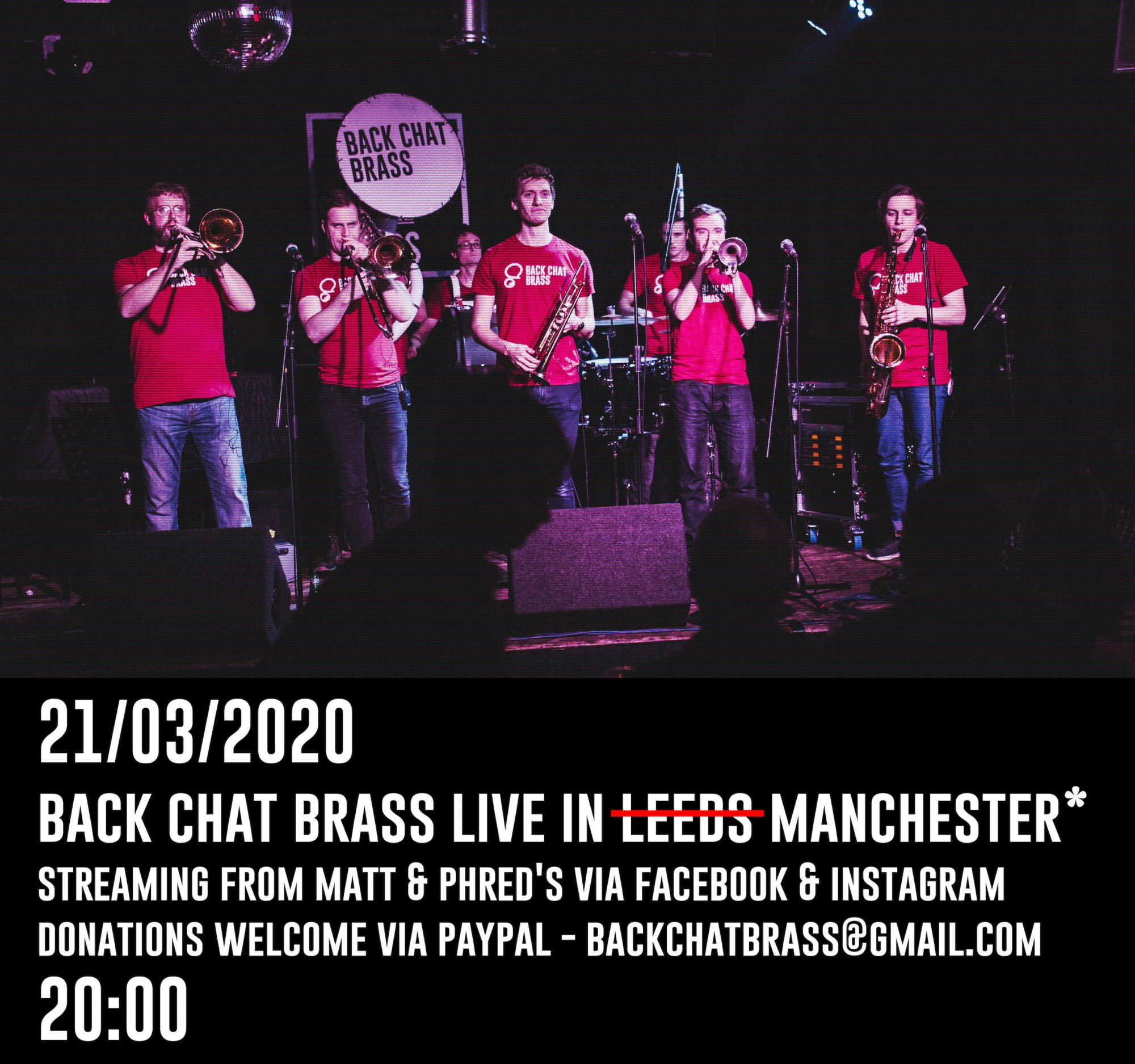 Since then, things have changed a lot. As the person in charge of the private bookings for Back Chat Brass I had an incredibly busy few months helping clients postpone the bookings they had with us, which included many weddings and parties. I found myself applying to every fund/grant available to try and bring some money in, and we desperately tried to think of any way of continuing to work.

I will admit that at first, I did go into full panic mode! As the sole earner for the our family (we have two young girls who were aged two and one at the time), I felt a responsibility to find some way to earn, but it felt helpless as every avenue seemed to be closing and the options felt very limited.

After realising that things weren’t going to be going back to normal for some time, I decided to stop focusing on what I couldn’t do, and started to focus on what I could do. The virus took away a lot of options for musicians, however it has also given us some opportunities and time to focus on things that we may have never had chance to do otherwise.

Having changed my mentality, the first thing I started to do was to get into a really good practice routine, and began learning to record myself on the drums from home. I’ve always found it easy to motivate myself to practice, but sometimes having so much time actually makes you less focussed and productive. I chatted with my wife, and we decided the best way forward was for me to adopt a 9-5 approach through the week, and to take weekends off. As a musician this was a totally alien concept, as I have always worked at the weekends. However I’ve actually grown to really like the structure, and I’ve been able to achieve some really good progress in my playing as a result.

Time to learn how to record the drums at home has also meant that I have started to develop a totally new skill set, allowing me to do things like remote recording sessions and online Zoom teaching.

Back Chat Brass recorded an interactive music video for Live Music Now, where we set ourselves the task of trying to appear like we were all in the same room and create what felt like a live performance. This was obviously a challenge as we were all in our own houses, and were recording and filming at very different times! You can watch it on LMN’s website, and make up your own mind as to whether we pulled it off.

Back Chat started a Lockdown video series called Bedroom Brass where we all recorded ourselves at home playing various arrangement requests from people who follow us on social media. During Lockdown we recorded and filmed lots of short cover videos which included some overseas collaborations with some of our friends in the US as well as other bands in the UK.

Back Chat Brass also launched a lockdown project called Back Chat Kids. This aimed to provide Zoom performances for toddlers from professional musicians into the homes of families. This was something our family directly benefited from and the girls loved it! 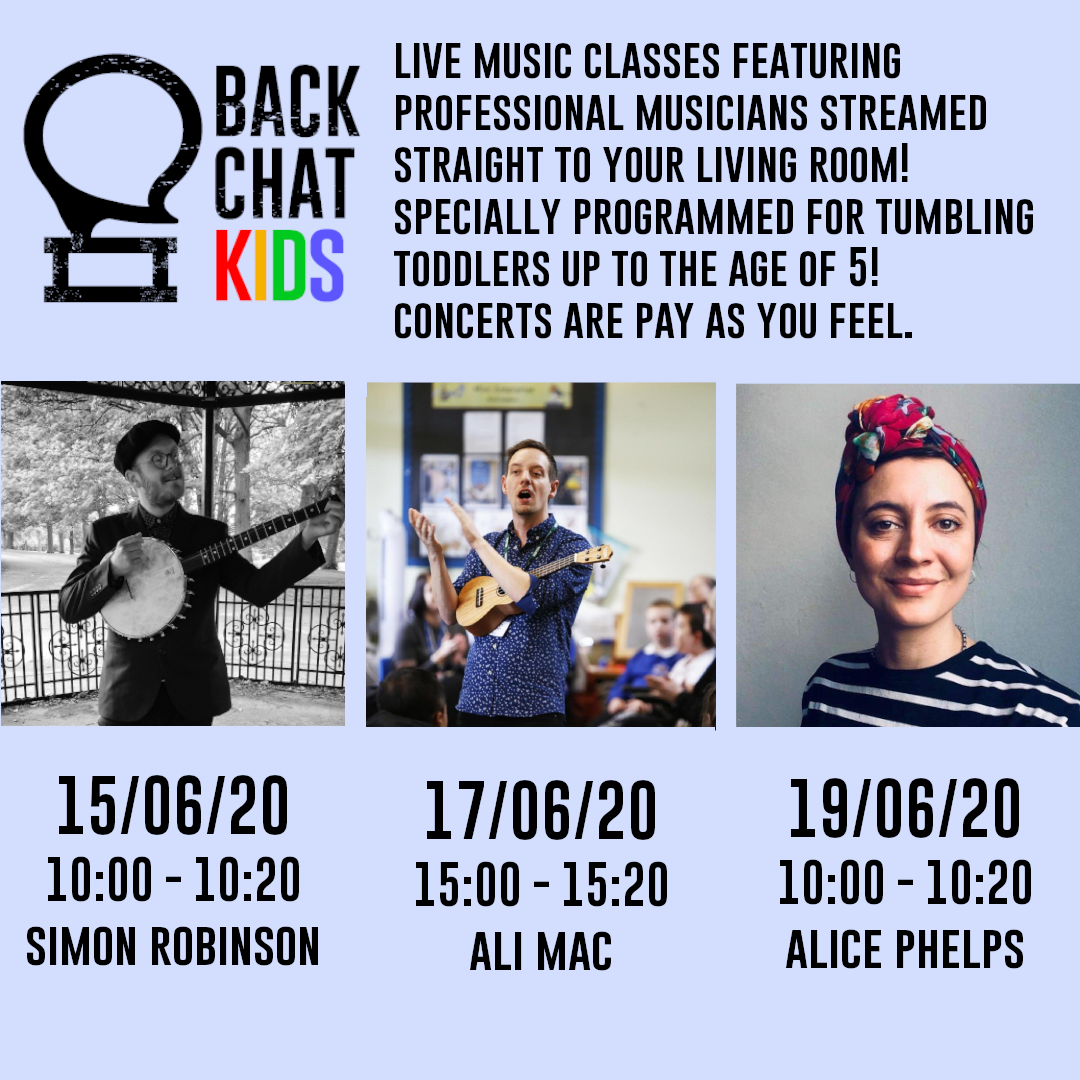 As well as the musical benefits, I’ve also found that I’ve had time to really focus on my health. As a musician, you spend so much time in the back of a car or van at ‘silly o’clock’ in the morning, trying to sleep in the most uncomfortable positions, to then arrive back home and load out lots of heavy equipment. Over the years it starts to take its toll and when you are in the routine of playing lots of gigs week in week out, you never feel you have time to fix the niggles that have developed.

In many ways, the time to focus on my health has been the biggest benefit I’ve felt, as I’ve been able to start to overcome some long term shoulder and back pain. I’ve also enjoyed lots of rides out on my bike and the benefits of a more regular sleeping pattern. I even managed to get some work as a labourer for a landscape gardener, where I shifted more muck and rubble in a week than I probably will for the rest of my life! Whilst I have no intention of ‘re-training’, as there seems to be growing pressure on musicians to do, I did enjoy a week doing something totally different. 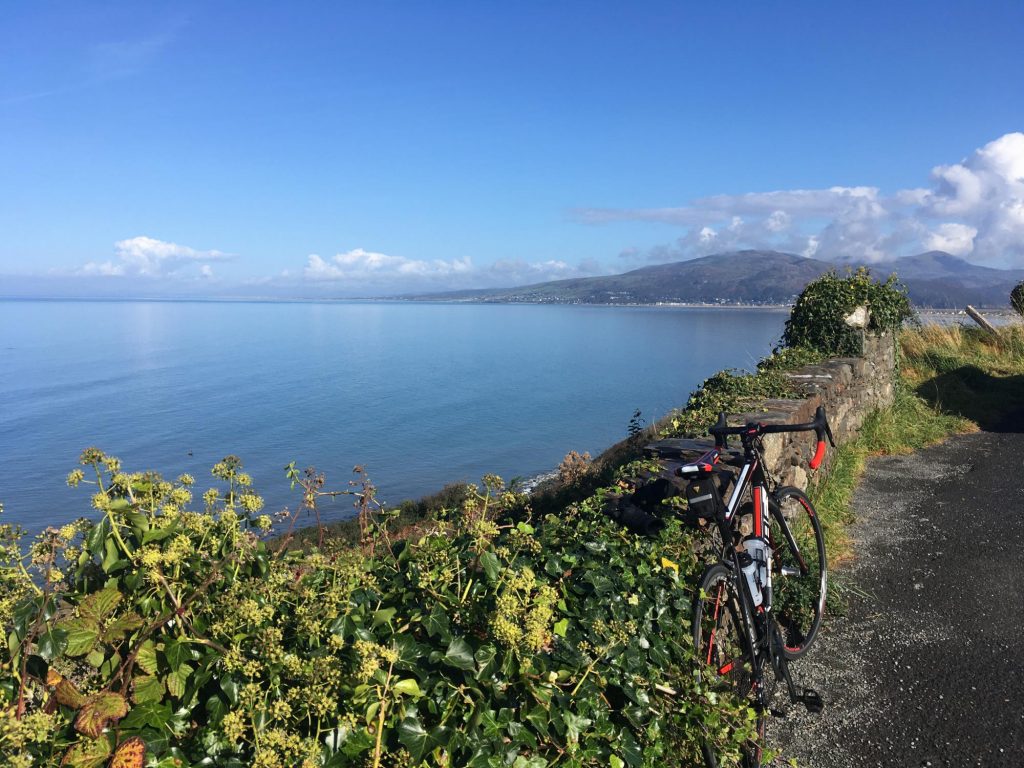 As the months have rolled on, any small changes to the routine have been greatly appreciated and have helped me to not get stuck in a rut. In September my daughter started nursery each morning, having turned three the month before. This has added something new to the morning routine and in terms of family life it helped create a new structure to the week.

In September I also started to welcome drummers back to my studio. I decided to invest some money into advertising on social media, and offered a free trial lesson to anyone who was interested. I was blown away by how much interest there was and I had lots of people from all walks of life and different ages coming along to take up the free lesson offer. It was so fun to be able to teach in person again, and all the pupils seemed to get lots out of the lessons. Lots of the drummers have continued to come back for lessons and are all starting to make some real progress which is great to see. 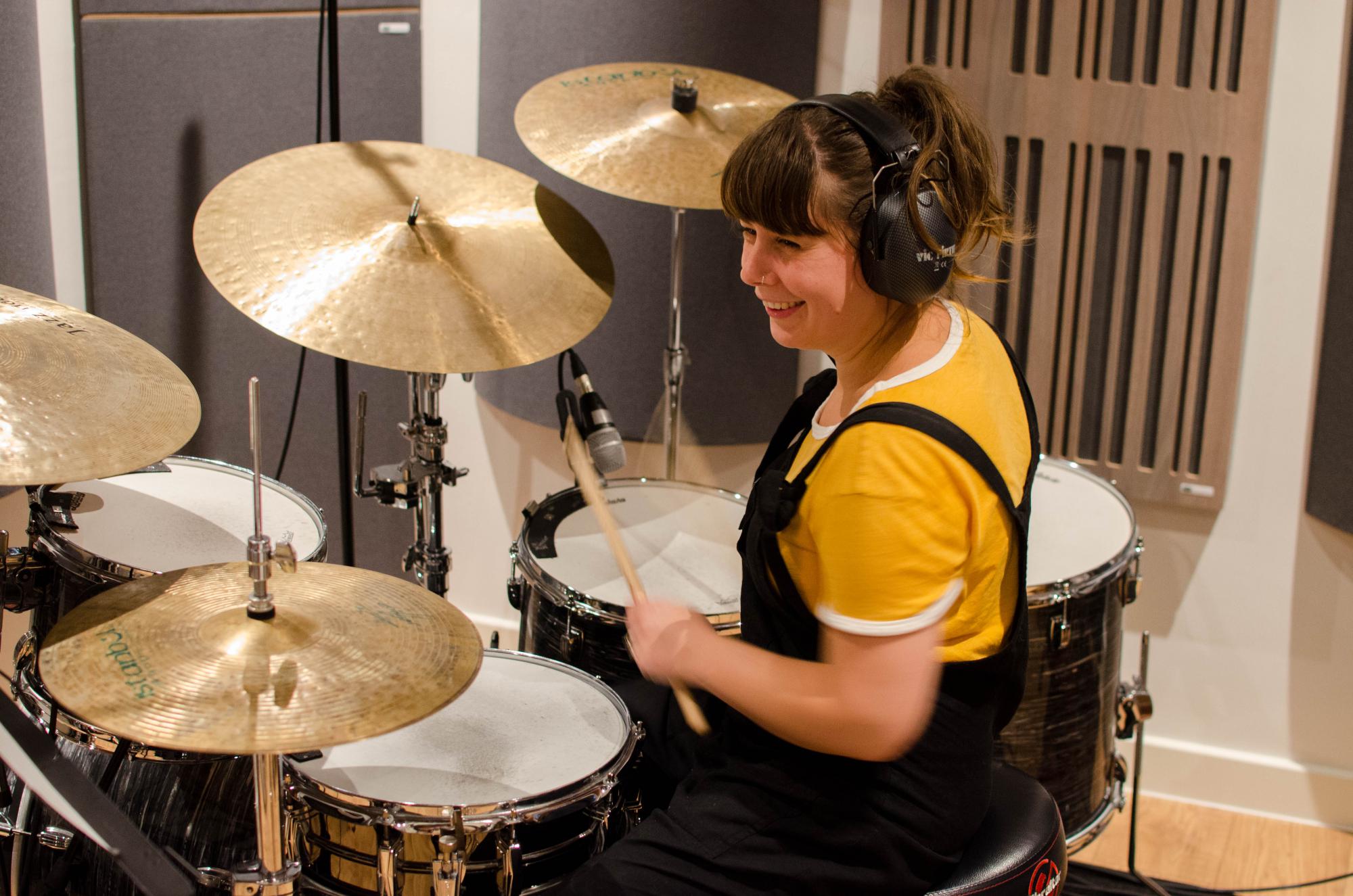 We are currently in the middle of Lockdown two, which has meant I have had to put teaching in the studio on hold, and return to offering Zoom lessons for any pupils who are interested. On top of this, the NHS test and trace app has instructed me to self isolate for 11 days, the longest I think I’ve ever stayed in one place without leaving!! Thankfully there is lots I can get on with at home to keep to me focussed and hopefully stop me climbing the walls.

In terms of what’s round the corner, it’s fair to say nobody really knows what to expect. I think most musicians are really hoping that 2021 will allow us to play more often and with less restrictions. Back Chat Brass are currently working on a video project that is being funded by Arts Council England, and Live Music Now are hoping to book the band to do some workshops where it can be safe to do so.

Even though the pandemic has thrown us some new opportunities and chance to work on things we never have done before, nothing quite fills the void that musicians feel when they can’t perform live, and the sooner we can get back to it the better!!!